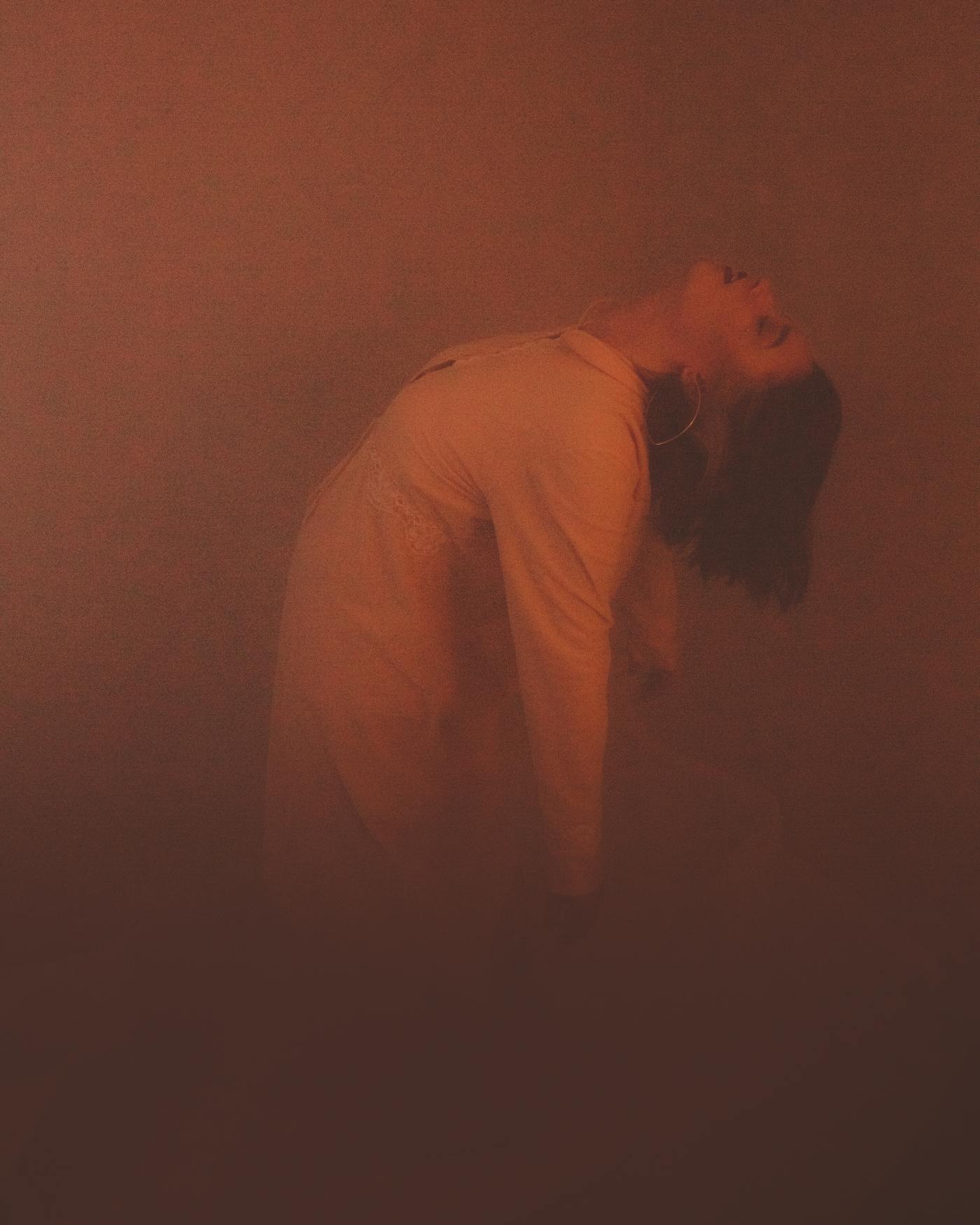 Sarah looked at me with a sly smirk, then pulled the comic from her backpack and passed it to her. “The ritual is on page thirteen. Good luck.”

Melanie cautiously grabbed the battered comic, looking around at us suspiciously. “Bent?” she said, reading the cover. “You are daring me to do something in some cheezy old horror comic?”

“Well… if you are scared…” Sarah said.

“Psshhtt, of course not,” Melanie said. She flipped open the comic, found the desired page, and began to read as she moved around her bedroom to gather supplies.

She grabbed some chalk from her desk. “Move the rug while I go get a candle,” she told us. She slipped from the room, and we rolled the rug back, revealing the laminate wood flooring. Melanie quickly returned, holding a large candle she’d taken from the bathroom.

She looked back at the comic, then took the chalk and drew a large circle on the floor, added an X in the middle, and then wrote some strange symbols in each quadrant, carefully appraising the pages for accuracy. Then she lit the candle, holding it carefully in front of her as she entered the circle. The five of us watched.

“This is so silly,” Melanie said. “Hit the lights, Sarah.”

Sarah flipped the switch, leaving us in a circle around the flickering candlelight. My bare arms suddenly became peppered in goosebumps. I looked at Sarah nervously as Melanie re-read the comic a final time and tossed it over me and onto the bed. Mischief glinted in Sarah’s eyes – she planned to grab Melanie and scream at the incantation’s end. It was quite a ploy to scare someone.

Melanie took a deep breath. We all held ours. She spoke: “Burnt and bent, devil’s ascent, my light will flee, as you enter me.”

Instantly the candle blinked out, and there was a loud THUD as Melanie crumpled inside the chalk circle. We all screamed and scurried backward. The room filled with a smokey crimson light, and a deep, guttural moan seeped from Melanie’s lifeless body.

“Melanie!” Sarah screamed. A cacophony of wails and screams erupted from my group of middle school friends.

Melanie’s body began to contort, limbs bending in unnatural, heinous ways as deep, slow, diabolical laughter filled the smokey atmosphere. I leaped for the bedroom door and slammed it open, my escape thwarted as I tripped over someone’s shoe and went sprawling into the dark hallway.

I looked back in time to see Melanie’s red glowing form bent freakishly as if her twisted body was full of rubber bones. Her head swiveled sideways toward me to reveal a single, bright eye, her mouth agape. My friends huddled together behind the grotesque figure, crying as an appalling, incorporeal voice drifted from the black maw in Melanie’s lifeless face: “Free to bend, bodies to break, souls and spirits, I now take.”

The Melanie-thing pretzeled into aberrant forms, and I heard cracks and pops of breaking bones as it moved toward me. I let out a blood-curdling scream and bolted down the stairs and out the front door, not stopping until I reached my house over a mile away.

I couldn’t believe what I’d seen and began to convince myself that it had to be nothing but an elaborate prank. Sarah didn’t want to scare Melanie; they had all conspired to scare me. When the police showed up the next morning, and I discovered all my friends were missing, the truth became unavoidable.

Reality does not require our belief.